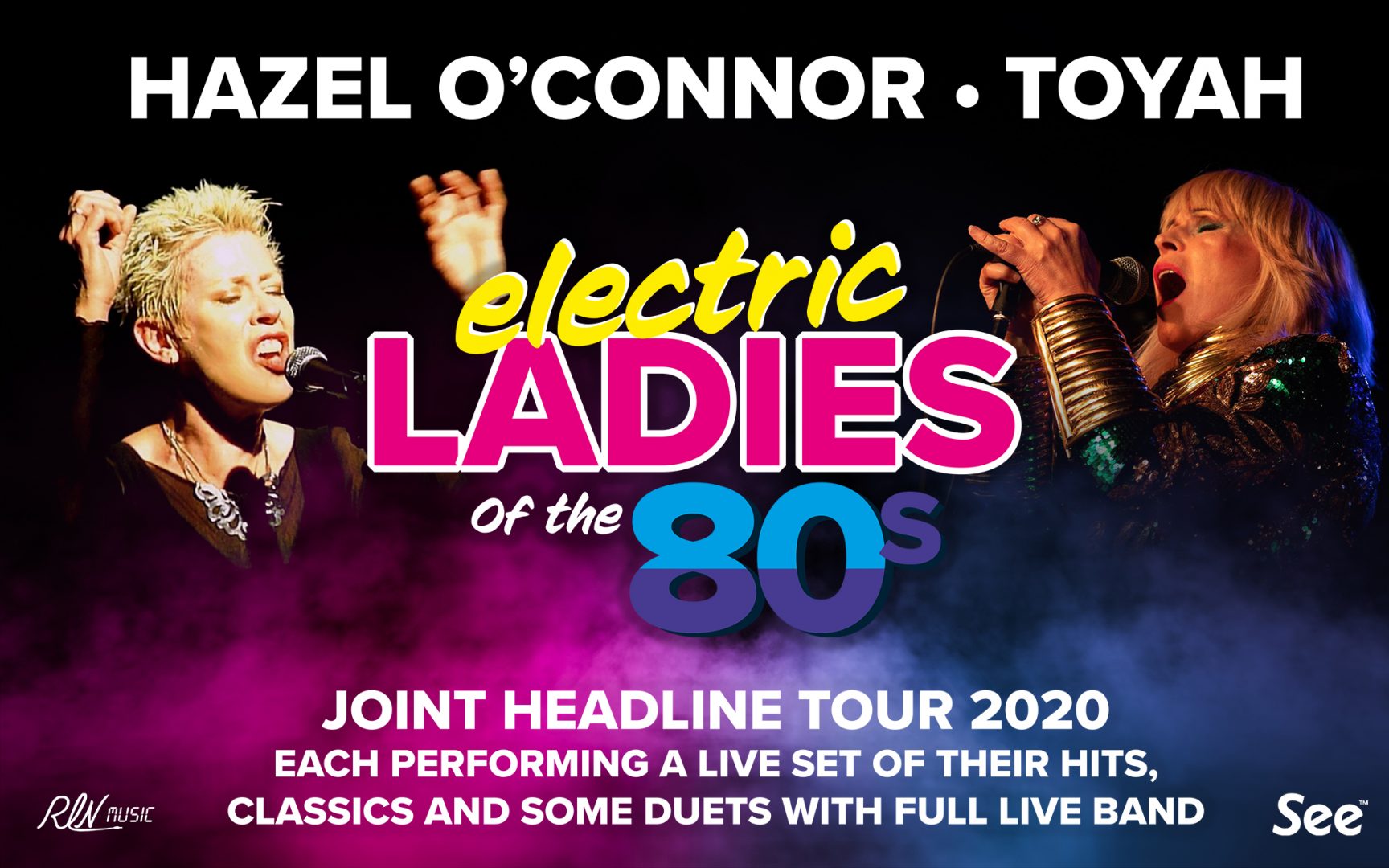 Unfortunately this event has been cancelled. Please call 01925 442345 or email [email protected] to request a refund.

Toyah is one of the most recognisable faces in UK pop culture, clocking up an impressive 10 hit singles and 8 hit albums including the gold selling Anthem and her 2019 chart success, In The Court of the Crimson Queen. Also an acclaimed actress, Toyah his performed on film and stages the world over including a role in the legendary Who film, Quadrophenia.

Hazel O’Connor set the benchmark high with her starring role in the legendary British film Breaking Glass for which she won the Variety Club Award and it’s accompanying soundtrack which saw her nominated for a BAFTA. Ever the prolific artist, Hazel continues to make new music and tour the world with her strong ethical message and recently released her acclaimed new album Hallelujah Moments.

Performing alongside their full electric band, each artist will perform their own set alongside some duets and surprises.

This hit packed retro fest will include such classics as Thunder In The Mountains, Eighth Day, It’s A Mystery, Will You, I Want To Be Free, D-Days and many more.

For special offers and information, sign up to our newsletter